Here we will learn some basics of statistics. In particular, you will learn:

So, what is the difference between univariate and bivariate analysis? In short:

In the following examples, we won’t tell any lie if we simply describe the graph, but it will be silly to suggest some sort of causal association between variables: 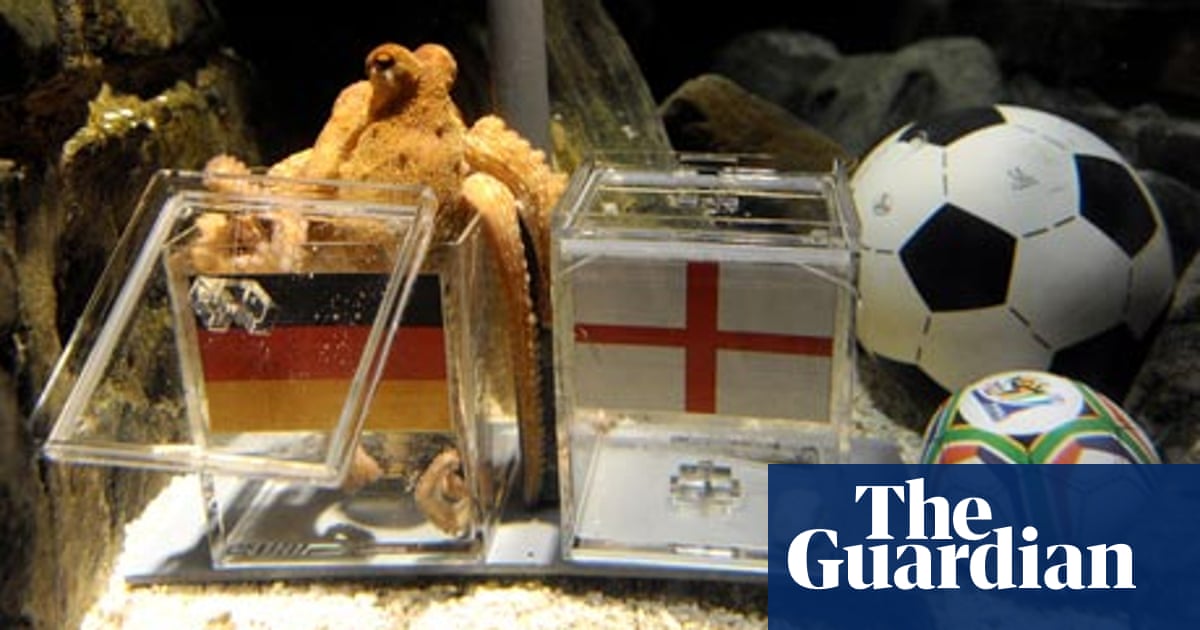 We have learnt two important things so far. First, that if we simply describe a graph we will never get in trouble. This is what univariate analysis does. By contrast, in bivariate analysis we enter to the realm of inferring associations between variables. Saying that one variable cause another is more problematic. As we have seen, correlation does not necessarily imply causation.

So, what do we need to say two variables are associated?

Theory can be described as “what makes sense” to us. It is a logical reasoning that describes how to world (partially) functions. Wearing a silver coin in our left pocket may give luck to our football team. This is a (just) theory. Some people may think that the world functions in this way. Other people may believe that rich people tend to vote conservative. This is a (just) another theory. Theories have two requisites:

Temporality: The cause must be produced before or at the same time the effect happens.

Plausibility: It has to be somewhat reasonable.

Smart people do have strong theoretical knowledge. Normally these knowledge is acquired by reading a lot of books … although it is not the only way!

Indeed, most of the things we know is because we are being told. But it is always good to do a double-check and look at the data.

Once we know a relationship makes sense, we can test whether the relationship actually holds when looking at the data. For example, it might make theoretical sense to us that rural voters vote Donald Trump. People living in small towns are socially more conservative, preferring hence the conservative policies of the Republican Party than progressive policies of the Democratic Party. If our theoretical expectations are true, we expect that U.S. counties with low population are more likely to vote Trump. And indeed, as Figure 1 indicates, we observe a negative relationship between population size of the county and likelihood to vote Donald Trump in 20161.

The previous figure seems to follow one of the necessary conditions for having association between variables: they are empirically related. This is, by knowing the value that takes one variable we can predict with more or less accuracy the value of the other variable. An important statistical test that we can conduct is to know how much they are related. If we look at the following hypothetical examples, it is clear that the relationship between sex and vote is stronger in the graph on the left than in the graph on the right.

When do two variables not vary? In these two examples, no correlation is observed between variables. On the left side, knowing the sex of the individual does not bring any information on voting. On the right side, knowing the value of X does not provide any information on the value of Y. In this cases, the line that best represents the relationship is flat.

But, what if rural vote has nothing to do with voting Trump? That would imply that there is nothing in particular of living in the countryside that makes you more prone to vote Trump. Perhaps it is not the size of the county that matters, but because they are less educated. Or because they have less income. All these variables might make theoretical sense to us. And it turns out that low-income, uneducated people live in small counties. All these variables are also empirically related to voting Trump, as we see in Figure 2. Therefore, we can’t know exactly which variables are associated with voting Trump and which variables only seem to be associated, but their effects are cleared out once we take into account the effects of other variables.

In the following Figure 3, we display the average results of an hypothetical Data Analysis course. On average, women seem to have high marks than men. On the basis of these results, we could infer that there is an effect of sex on the results. Women, due to some intrinsic characteristics, get better marks than men. Would we be right?

Causal inferences are always stronger if we control for alternative explanations. What if … is there another variable that better explains why students in Data Analysis course get good grades? In Figure 4 we observe that, when controlling for the number of hours studied, the sex effects seem to disappear. Therefore, work discipline 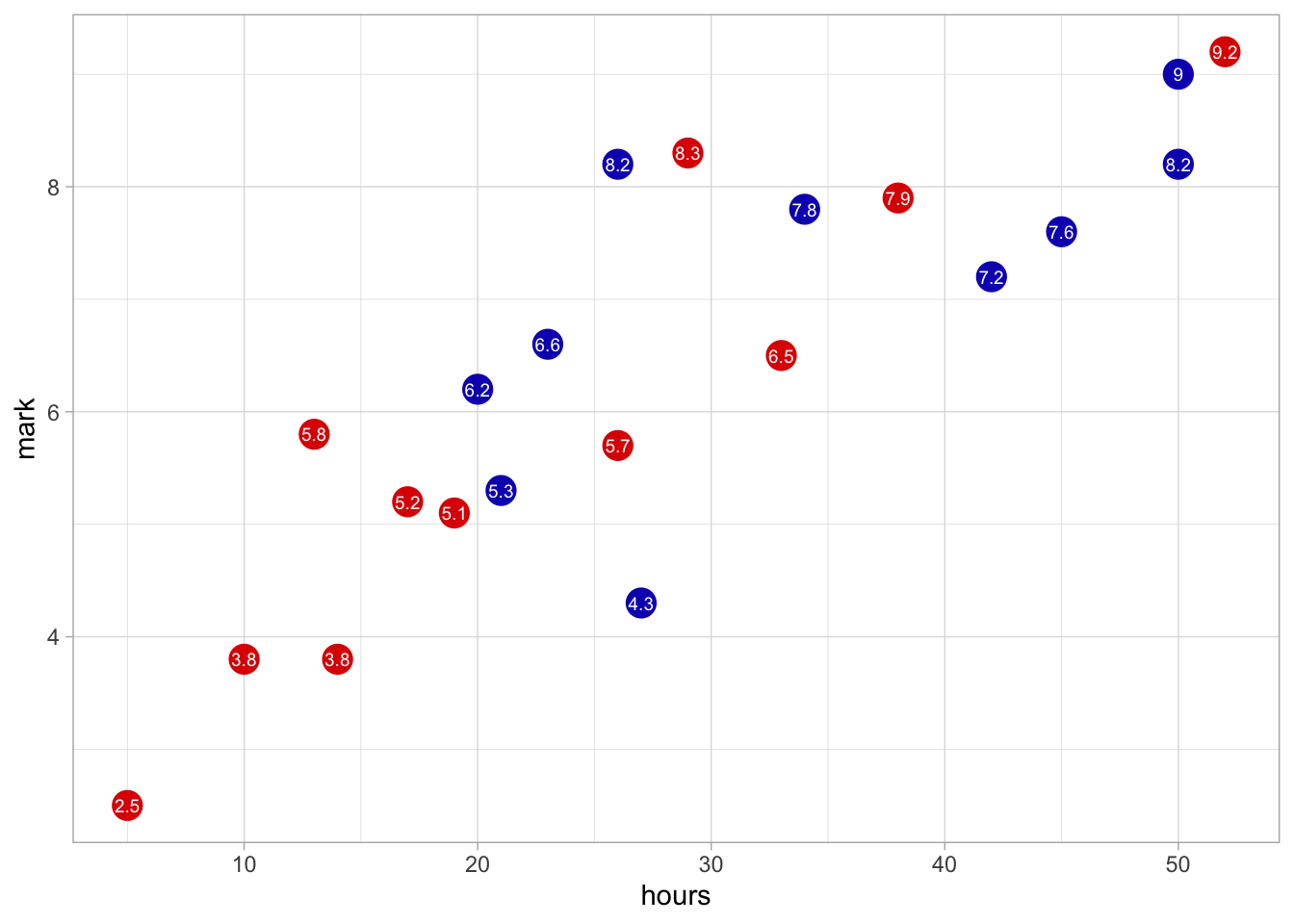 A golden rule is to test our hypothesis against other alternative confounding variables. This can we done with multivariate analysis.

So, what is the threshold that allows us to say confidently that the observed results are significant enough to not be produced by chance? Well, social scientists have agreed by convention that this point is when there is less than one to twenty (5% chance) to reject the opposite argument. If we observe that our hypothesized results have less than 5% (p-value below 0.05) to be produced randomly, then we can be confident enough about our argument. In statistics, testing how randomly are our results is called the significance test.

A significance test when we flip a coin would go as follows: 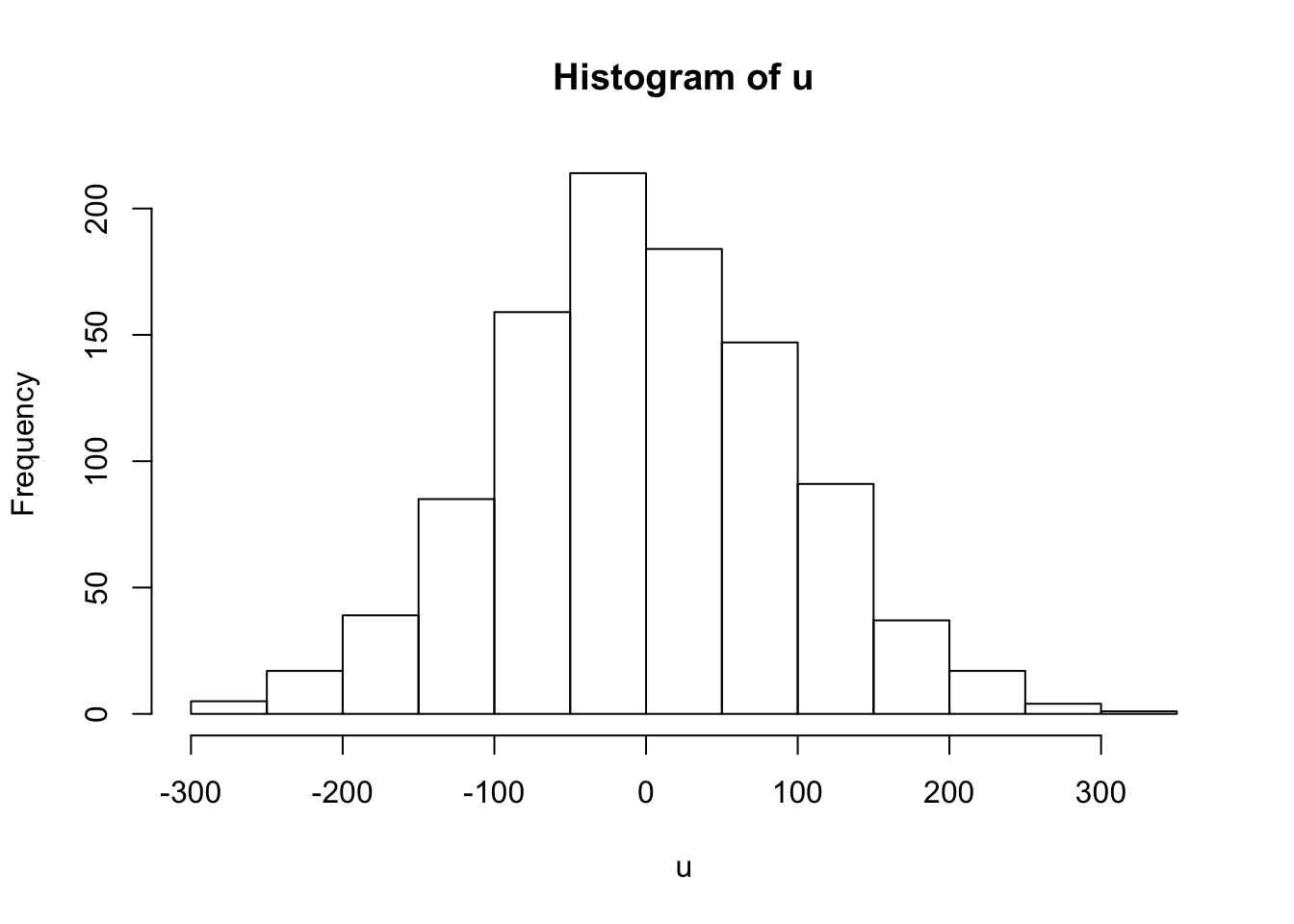 The significance test tells you, on the basis of your sample (five observations) and the obtained results (five Heads), how confident you can be to reject the opposite argument (the null hypothesis). If there is less than 5% chances, this is fair enough.

Significance test never tells you if you are right (it never does).

Therefore, it is always good to read the results through confidence intervals to make inferences about the real world, especially when we deal with surveys:

The ‘opposite’ argument is called the null hypothesis. The null hypothesis is what we actually test in any scientific inquiry. As we can never be sure that what we say is true, what we can do is to argue how unlikely it is that the opposite would be true.

The null hypothesis is crucial in any scientific progress. Think of the following examples:

“The crooks already know these tricks; honest men must learn them in self-defense” (Huff 1993, 9).